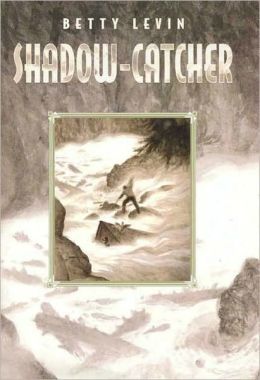 Jonathan Capewell is a farm boy who loves to read about big-city detectives. While milking the cows, he dreams of going to the big city and solving crimes.

Then suddenly he’s sent with his grandfather, a photographer, on his journeys around Maine. Jonathan isn’t sure why, but he thinks it has something to do with Mrs. Noone. Mama didn’t seem to approve of Mrs. Noone, but Jonathan wasn’t sure why.

Then, while wandering in the Maine woods and trying to figure out his silent grandfather, he’s confronted with a mystery of his own. A strange incident on the river, an over-friendly stranger, a sad incident at the summer fireworks… will Jonathan be able to solve this mystery?

Shadow-Catcher by Betty Levine isn’t necessarily a beginning chapter book, but the chapters are short enough, and the story is mysterious enough, to capture the attention of a reluctant reader.

The book says it’s recommended for ages 10 and up; I think advanced readers eight and up would enjoy this book.