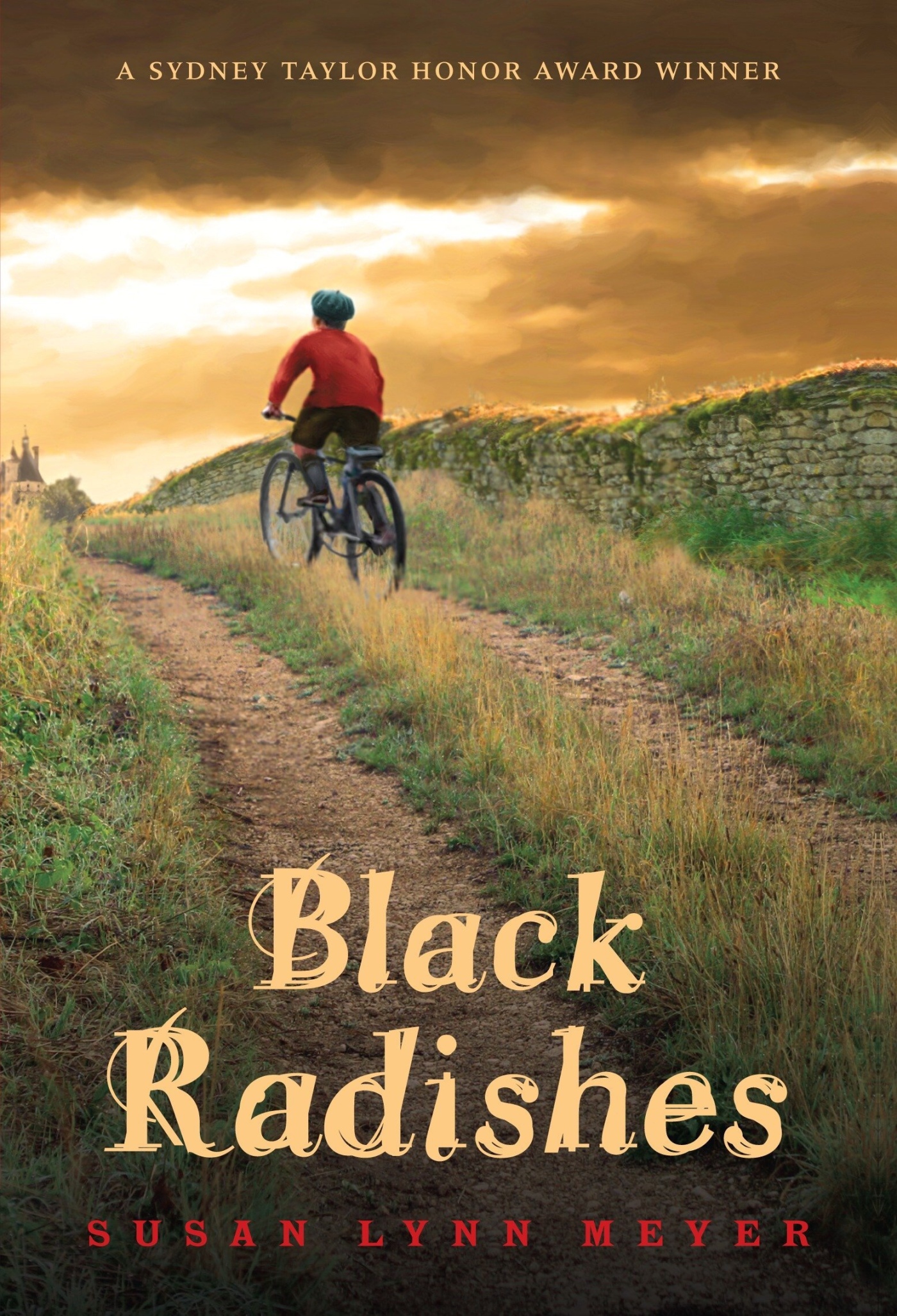 Gustave loves living in Paris and hanging out with his best friends, his cousin Jean-Paul and their friend Marcel. They almost won the synagogue Boy Scout scavenger hunt! They couldn’t find a yellow feather, which caused them to lose to the other team by just a few points.

But Gustave’s life is about to change. He already feels thankful, and guilty, that his own father is not on the front lines fighting the Germans like Jean-Paul’s father is. Gustave’s father was injured in the Great War, so he must stay home.

Suddenly, Gustave’s parents tell him they’re leaving Paris. Gustave is devastated. How can he leave his cousin and Marcel? How can he leave his Boy Scout troop? But he must. His father sells his tailor shop, loads fabric, shoes and suitcases into the shop’s van and Gustave leaves his friends and Paris with his parents.

Through an amazing twist of fate, Gustave and his parents find themselves on the ‘right’ side of the demarkation line in France. They are safe!

But are they really? And what about their friends and family back in Paris?

Black Radishes by Susan Lynn Meyer tells the story of war-torn France from Gustave’s perspective. The risks he and his father take to find food in German-occupied France and smuggling it into Vichy France, and how they make friends with the border guards. The stress of trying to survive in Vichy France while waiting for their visas to America.

Meyer based her book on the stories she heard of her own father’s childhood during World War II. I find she does a very good job of portraying the joys, the struggles and the stress of life during the war in a way appropriate for middle grade readers.

Meyer also wrote Skating with the Statue of Liberty, about Gustave’s adjustment to America, his struggle to learn English and fit in with his classmates, while retaining his identity as a French boy. In America, Gustave becomes good friends with September Rose, a black girl in his class. So not only is Skating a story of immigration, it is also a story about racism and the fight for equality.

Both books highly recommended for ages 8 and up.