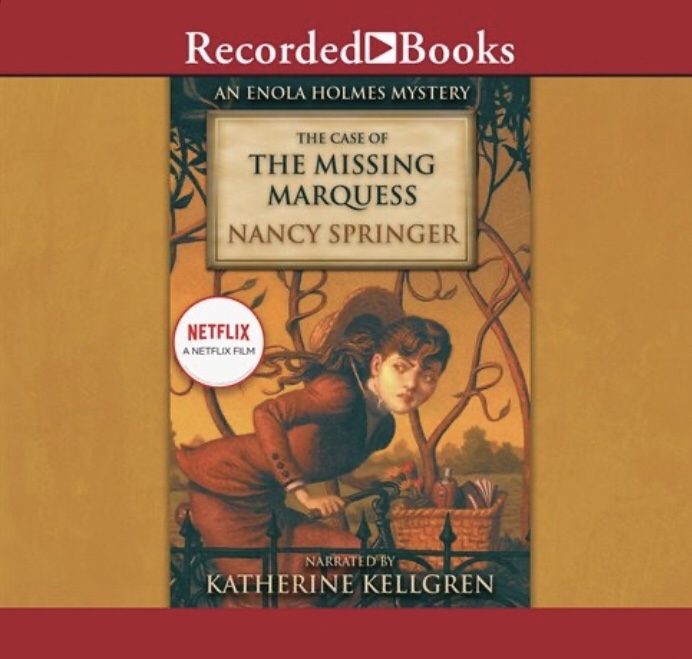 I was a bit late to the Enola Holmes craze. I first heard of her when Netflix came out with the movie. I read that the movie was based on a book series – and when I saw my absolute, most favorite narrator read the books…

The Enola Holmes series starts with The Case of the Missing Marquess by Nancy Springer. Katherine Kellgren reads the audiobooks, so I strongly recommend listening to them (I found them on my library’s Hoopla app).

The series is delightful. Enola embodies the best of both her older brothers – smarts, masterful disguises and unusual thinking. Her older brothers are much less sympathetic than the movies portray – though by the end, Sherlock is a bit more endearing. And I mean, a bit.

I admire Enola’s independence and quick thinking. I also feel bad for her stark aloneness. She longs for a family, for friends, but doesn’t dare risking her independence for them. Which feels true to the era in which the series was written.

Highly recommended for ages 12 and up.