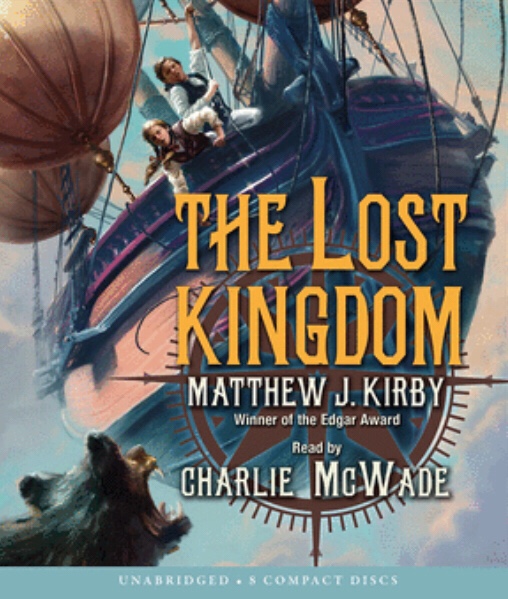 Matthew J. Kirby is back! I was so very happy when I found The Lost Kingdom, his latest book, at the library. I actually grabbed the audio book, which is excellently read by Charlie McWade.

The Lost Kingdom is another entry into Kirby’s unique genre, which I call historical fantasy. It’s historical – set right before the French-Indian War during the Colonial Period. Benjamin Franklin and George Washington both make an appearance. It’s fantasy – the main characters fly an aeroship. Literally – it’s a ship that flies. And their mission is to find the lost kingdom of Madoc – people who immigrated to the colonies hundreds of years before from Wales.

I found myself making excuses to drive places so I could listen to this book. I actually ended up downloading a digital copy of the audiobook so I could listen to it on the train into Chicago. Kirby’s characters are amazing, his plot is detailed and suspenseful – overall another wonderful book from one of my favorite authors.

Highly recommended for ages 8 and up. The Lost Kingdom does contain some war scenes, but they’re not typical battle scenes. I think most sensitive listeners would be OK. Two main characters die after being attacked by a giant bearwolf (another fantasy element), but not at the same time.